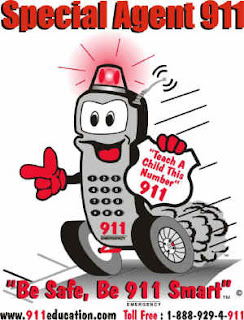 Hmm? Very philosophical question. Like if a tree falls in a forest does the rain in Spain stay mainly on the plains?

911 system knocked out in parts of SoCal

SANTA ANA, Calif. (AP) - The sheriff's department in southern California's Orange County says the 911 emergency call system for much of the county has been repaired after an outage that shut it down for 90 minutes.
Sheriff's Lt. Ted Boyne says there were no reports of serious problems or unanswered emergency calls during the outage early Saturday.
He says callers could still dial two regular business numbers to reach dispatchers.
The lieutenant says the outage was caused by changes involved in the introduction of a new 657 area code assigned to the region.
He says the sheriff's department contacted AT&T, which fixed the problem.
Posted by Sam at 10:19 PM