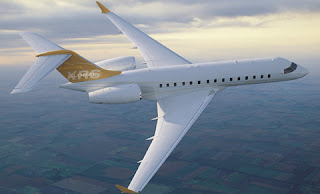 Hmm. Don't give the particular details or have them redacted out but show the costs.

I think the public is entitled to know.

AUSTIN — The Texas Department of Public Safety is appealing a court decision that granted the San Antonio Express-News and two other newspapers access to travel records filed by members of Gov. Rick Perry's security detail.

Attorney General Greg Abbott's office filed notice of appeal Monday with the 3rd Court of Appeals in Austin.
The Express-News, the Houston Chronicle and the Austin American-Statesman sued the DPS for refusing to release copies of expense vouchers for troopers' travel with the governor last year and in 2001.

The state contended that releasing the information could endanger the governor, his family and other people traveling with him by providing a “road map” to anyone who might want to harm them.
But state District Judge Scott Jenkins questioned that claim and ruled Aug. 1 that the newspapers should be granted access to the records.

Attorneys for the newspapers argued the expense vouchers were “super-public information” that pose no threats to anyone.
Perry usually pays his own travel expenses from political funds, but his bodyguards have spent thousands of taxpayer dollars guarding the governor on trips throughout the U.S. and to several foreign countries.

The newspapers have obtained information on lump-sum amounts of security spending, but the DPS has refused to release expense details.
Posted by Sam at 6:10 AM