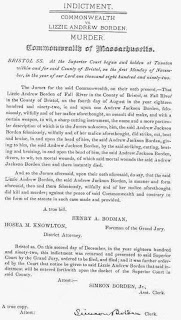 At least in Ron Ederer, former U.S. Attorney for the federal Western District of Texas, he has a good attorney.

BexarMet chief indicted
Elizabeth Allen and Greg Jefferson- Express-News
Bexar Metropolitan Water District General Manager Gil Olivares was indicted Friday morning.
"I have been advised that the Bexar County grand jury has returned five indictments against my client, Gil Olivares," said Ron Ederer, his lawyer.
"Mr. Olivares, of course, will turn himself in at the appropriate time and place, and will of course enter a plea of not guilty," Ederer said. "I have not seen the indictment, but it is my understanding that it has something to do with an illegal interception of communication."
Olivares' indictment charges him with official oppression, illegally intercepting oral communications and misapplication of fiduciary property.
The indictment alleges that for eight months Olivares monitored and recorded phone conversations of "targeted employees." According to the indictment, Olivares ordered the wiretapping of office phones for the agency's finance director, account manager, water resources manager and purchasing manager.
The probe of Olivares' activities stemmed from an investigation into questionable campaign contributions to BexarMet candidates.
That investigation was launched a year ago with a search of public relations consultant Connolly's office at a time when Connolly was wrapping up a public relations contract with BexarMet. He had lobbied on Bexar Met's behalf during the 2007 legislative session, fending off attempts to subsume BexarMet into county government.
Connolly was indicted, as was his corporation Connolly & Co., in January, charged with funneling money to Blanche Atkinson, who was a candidate for BexarMet's board of trustees. Connolly and his company both were reindicted in May, and those indictments centered on alleged illegal contributions to City Councilman Philip Cortez's campaign. Cortez has said he didn't notice anything unusual about the contributions at the time, but has since returned them.
Posted by Sam at 7:34 AM