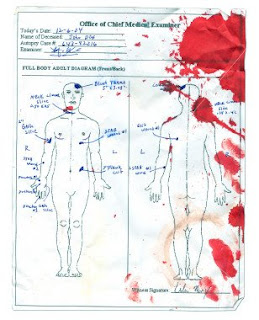 Another day, another murder.

Someone knows what happened.

A man was stabbed to death early Sunday just north of downtown, police said. Guadalupe Ayala, 20, was found lying in the pool area of the Mulberry Village apartment complex in the 1200 block of East Mulberry Avenue.
A witness told police he heard people scuffling in the area around 4:30 a.m. and a man saying, “Wait, wait, what are you going to do,” a police report said.
A resident of the complex found the man’s body about one hour later.
Ayala suffered multiple stab wounds to the arms, the report said.
No one had been arrested in the slaying on Sunday.
Posted by Sam at 6:01 AM