Unbelievable posturing by the media concerning the Ft. Hood massacre 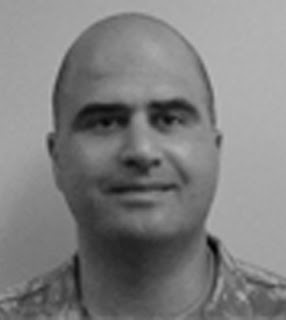 I am dumbfounded at the tone many have taken in the media concerning the shooting at Fort Hood and the motives, or lack thereof, of Major Hasan.

"it is not uncommon for therapists treating soldiers with Post Trumatic Stress Disorder (P.T.S.D.) to be swept up in a patient's displays of war-related paranoia, helplessness and fury.

In medical parlance it is known as "secondary trauma", and it can afflict the families of soldiers suffering from P.T.S.D. along with the health workers who are trying to cure them. Dr. Antonette Zeiss, Deputy Chief of Mental Health Services for Veteran Affairs, while not wishing to talk about the specific case of the Fort Hood slayings, explained to TIME that: "Anyone who works with P.T.S.D. clients and hears their stories will be profoundly affected."

Read more: http://www.time.com/time/nation/article/0,8599,1936407,00.html?xid=rss-topstories#ixzz0WMh6txR3
I will be the first to profess that I am no psychiatrist or psychologist, but really? Second-hand PTSD??

I will be the first to call bullshit on this one. I mean if a doc's psyche is this fragile that just hearing about the trials and tribulations facing the soldiers he was tending to can cause him to pack two semi-automatic handguns into a military base with an unknown amount of magazines and go beserker, killing 13 and wounding 30, why hasn't this happened more frequently??

Surely it would have wouldn't it?

Why is the media being an apologist on this?? Is it because he is a Muslim? Would they be saying the same about, oh, I don't know, a right-wing Christian Fundamentalist?

You know they would not. They would be screaming about right-wing nut jobs, "tea-baggers", and angry mobs.

It was Islamic extremists who bombed the London Underground, blew a hole in the USS Cole, and are caught plotting today to strike at the US again.

I am not jumping to conclusions here. I am not saying that we must find every Muslim or call those who worship Islam our enemies. There are many, many Muslims, the majority of whom are patriotic Americans and law-abiding citizens.

I am saying why the apologists in the media for Dr. Hasan? Isn't it possible that he wasn't acting under the "impulses of secondary PTSD"?

Isn't it feasible that he may have just been acting under what he believed was the "right way" to act according to the dictates of his religious and moral convictions, no matter how warped they might have been?

Please again, there should not be a 'back-lash' against Muslims, but neither should there be apologies made for Major Hasan until all of the facts are known.
Posted by Sam at 6:31 AM