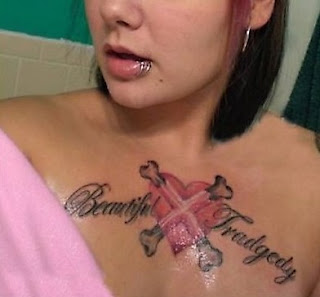 He can thank the school he skipped for teaching him how to write although apparently not how to spell.

WARWICK, R.I. (AP) - Police say a 17-year-old Warwick boy who skipped school to rob a bank has been arrested after leaving fingerprints on the threatening note he passed to the teller. Warwick police Capt. Sean Collins said the boy handed a note riddled with misspellings to a teller Thursday, demanding money or "everyone will be shot."

The teller at Coastway Community Bank gave the teen money, but he didn't have much time to spend it.

Police said his image was captured on surveillance cameras, and his fingerprints were found on the note.

Police said the teen was arrested six hours after the alleged theft and faces a first degree robbery charge. The teen, whom police declined to identify because he's a juvenile, was being held at the Rhode Island Training School.