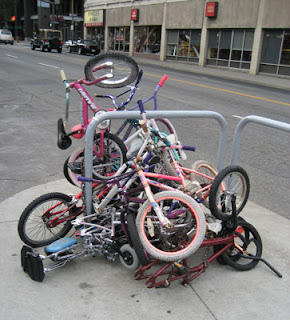 No act you can say he had the requisite mental culpable state of acting either intentionally, knowingly, reckless or with criminal negligence.

I am terribly sorry that Gregory and Alexandra Bruehler were struck and killed, leaving an orphaned child, but accidents can and do happen without there being a criminal act.

There is always the civil litigation recourse route which, I believe, is currently underway.

The Bexar County Sheriff's Office has forwarded to prosecutors its investigation of a wreck last month that killed two bicyclists along Texas 16 near Helotes. What happens next with the case is likely to remain an unresolved question until at least next year, authorities said.

“In my opinion, we have no criminal wrongdoing at this time,” said Sgt. Jose Trevino, who reviewed the inch-thick report before handing it over to the district attorney's office Monday.

But the report doesn't contain a specific recommendation, and it will be up to prosecutors to decide whether to pursue criminal charges, Trevino said, repeating a position the Sheriff's Office has held for the past two months.