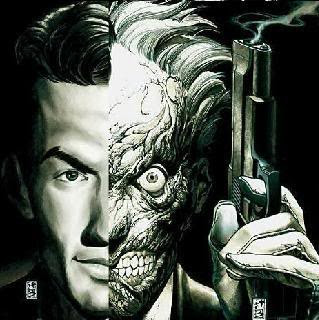 Two different versions of the woman the jury has already convicted of murder.

Which version will they believe and what will her punishment be?

I will update you when the punishment verdict is reached.

The fate of Janice Vickers, convicted Friday of murder, still hung in the balance after the first day of her sentencing hearing Monday.

Prosecutors and defense attorneys made closing arguments in the punishment phase of Vickers’ trial. The jury retired at 5 p.m. to continue deliberations today.

Vickers, 48, faces up to 99 years and up to $10,000 in fines after she was found guilty on Friday of intentionally running over and killing 82-year-old Shirley Lindenbaum on Nov. 3, 2006 in Canyon Lake.

On Monday, prosecutors wove a history of Vickers’ threatening and menacing behavior, while a parade of defense witnesses told how the mother of two is great with children, a devout churchgoer and a compassionate member of the community.

Vickers: According to the prosecution

In 2002, two cheerleaders claimed that Vickers threatened them after an argument Vickers’ daughter had over cleanup after a Smithson Valley High School pep rally.

Jillian Schaner, 23, was a 16-year-old Smithson Valley sophomore at the time she alleges Vickers drove her Chevy Tahoe — the same vehicles used in the Lindenbaum murder — toward Schaner and slammed on her brakes just feet from her.

“Did I almost run you over?” Schaner reported Vickers saying after showering Schaner with abuse. “Well, I should have.”

On the same day, Kameron Holley, also 23 and a former cheerleader at Smithson Valley, alleged that Vickers pushed a car door against her, threatened her and made lewd remarks after Holley had words with Vickers’ daughter.

“I keep my word. You better watch your back,” Holley claims Vickers said.

Vickers later approached the Holley family and apologized. Vickers was banned from school activities for the incident.

Prosecutors then called Lynn Jarvis to the stand.

In 2004, Vickers blew the whistle on a four-month affair between her husband, Jeff, and Lynn Jarvis of Canyon Lake.

Vickers’ was upset “as expected” when she confronted the woman, Jarvis said.

And Jarvis, who expressed shame over the affair, said she wasn’t surprised when Vickers regularly drove by her home to make sure her husband wasn’t there — a normal reaction from a jilted wife, Jarvis said. “I understand.”

But then, the stalking didn’t stop, and Jarvis got worried when Vickers repeatedly tailgated her on roads in Canyon Lake over the course of a year, often waving and cursing.

“I couldn’t convince her otherwise that this relationship was done,” Jarvis said.

Prosecutors also presented receipts showing that Vickers spent almost $400 for Internet name searches from 2004 to 2007. According to records, Vickers paid for detailed records of her husband, as well as Jarvis and Jarvis’ sister, among others.

It was information she would use in October 2006 to make a bizarre phone call to Lydia Bustilloz, a complete stranger living in East Houston, according to prosecutors.

Bustilloz’s name was on the title of a red Honda Jarvis once drove.

“She began telling me that my husband was having an affair with a woman in Canyon Lake,” Bustilloz said.

But Bustilloz, a wife of 39 years and grandmother, said that while she dismissed the strange call from Vickers, she reported the call to the Comal County Sheriff’s Office because of Vickers’ threatening manner.

Before testimony on Monday, Vickers’ attorney Mark Clark requested that Vickers, whose husband and children were in court to support her, be given her wedding ring, which was removed while she was in custody.

Clark called 10 witnesses — all friends and family — who told of Vickers’ contribution to the community and asked the jury for mercy. Some brought photos of Vickers at sporting events and said she was full of energy, had a passion for children (her own and others) and “never missed a game.”

“I believe in my heart of hearts that she is one of the best people I’ve ever known,” Schneider said.

And others, such as Malibu Hart of Canyon Lake, said Vickers is the kind of friend you turn to in a crisis. Vickers supported Hart after the death of her daughter and was one of the first to call Hart on Sept. 11, 2001, when she got the news of the attack on the Pentagon where her son was then working.

“I’m asking you,” Hart told the jury in a trembling voice, tears in her eyes. “I’m begging you. Please don’t take Janice away from us.”

“How does a person go from being a voter to a murderer?” attorney Clark asked in his closing arguments.

If claims of menacing and stalking were true, Clark said it was simply the case of a “mother cub taking care of her child.” And he pointed to Vickers’ restraint when she first confronted the woman who cheated with her husband.

Clark asked the jury for a merciful sentence with the possibility of parole and a chance for Vickers to return to her family and her community.

They asked jurors to remember Lindenbaum in their sentencing.

“It’s about justice,” said prosecutor Wesley Mau said. “What does this community demand as justice for that?”

The jury will convene at 9 a.m. today to continue deliberation.
Posted by Sam at 6:30 AM