Catching the train to New Braunfels 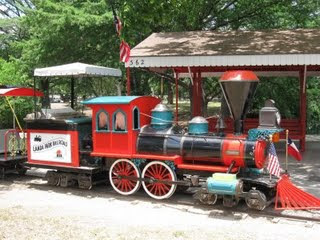 Its about dang time!

I'm using it, especially when gas gets to $5 a gallon.

Well, of course, it will also depend on the cost of the tickets too.

With a catchy new name and wads of cash, the LSTAR has left the station.

The Lone Star Rail District announced Monday that it's moving closer to a goal of connecting San Antonio to Austin and beyond with a commuter rail line. “Passenger rail is coming to San Antonio, Austin and the I-35 corridor,” said Tullos Wells, vice chairman of the district's board of directors. “We're going to make it happen.”

Formerly known as the Austin-San Antonio Intermunicipal Commuter Rail District, the streamlined Lone Star Rail District — or LSTAR for short — plans to reach out to the public in early 2010 with its preliminary environmental and engineering studies to begin gathering input. The agency will hold dozens of public meetings along the Interstate 35 corridor to discuss the proposed line's environmental impact. At those meetings, officials said, potential locations for train stations will be considered.