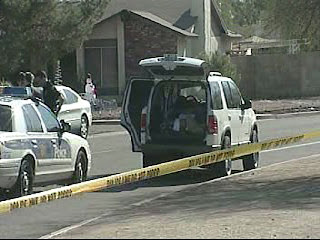 What was on his computer that got his family concerned?

I hope its been preserved for the investigators.

Authorities are searching for three people in connection with the death of a Houston teacher whose body was discovered Thursday in the cargo area of his SUV, where it had remained undetected until the vehicle was towed.

The vehicle was moved to a police impound lot nearly 60 miles from the Fort Bend County farm where it was discovered abandoned last week.

Officials believe Heladio Rojas Perales, 35, a Spanish teacher at Reagan High School, might have been killed at a friend’s Wharton home last weekend, then dumped with his Toyota 4Runner in a rural section of Fort Bend County.