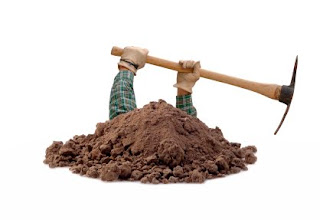 It sounds to me like a case of worse and worserer for the defense.

Witnesses skeptical Lindenbaum was walking
By Theron Brittain - The Herald-Zeitung

As the second week of Janice Vickers’ murder trial began Monday, the prosecution called on additional witnesses who testified that it was unlikely that 82-year-old Shirley Lindenbaum was walking along a roadway the night of her death.

Vickers, 48, has been charged with intentionally running over and killing Lindenbaum on White Oak Drive in Canyon Lake on Nov. 3, 2006.

Last week, the prosecution sought to discredit Vickers’ statements to police the night of Lindenbaum’s death that she accidentally struck Lindenbaum when she looked away from the road for a moment.

Vickers told police that Lindenbaum was a stranger walking on the side of the road.

Over four days of testimony, the prosecution called two friends of Vickers’ who said she told them she had known Lindenbaum and had been at her house before her death.

Prosecutors also produced a log of phone calls showing a two-minute call from Vickers’ cell phone to Lindenbaum’s house the day she was killed.

Monday, the trial resumed with testimony from Pam Ansley, an employee of a physical therapy clinic in Canyon Lake that was treating Lindenbaum for a hip injury in the months prior to her death.

Ansley spoke with Lindenbaum by phone the week before she was killed.

“Her hip pain was so bad she could barely walk,” Ansley testified Monday.

Lindenbaum’s body was found barefoot three-tenths of a mile from her house.

Prosecutor Wesley Mau asked Ansley if she thought Lindenbaum was capable of walking that far.

“(Lindenbaum) would drive down the driveway even to get the mail,” Aborn said Monday. “She wasn’t able to (walk down.)”

Vickers was hospitalized days after Lindenbaum’s death for health reasons. She told doctors she had attempted suicide twice since the night of the incident.

Prosecutors presented jurors Monday with doctors’ notes on Vickers’ demeanor during the four days she was hospitalized that classified her behavior as “somewhat bizarre.”

The notes said, after Vickers was stabilized, she displayed a “confident, nonchalant mannerism” and told doctors she “does things she is unable to control at times.”

Defense attorney Mark Clark pointed out that the doctors’ notes also read, “some of her reactions may be reduced by taking Klonopin,” an anti-anxiety medication she was prescribed while hospitalized.

Klonopin has the potential to impair judgment, thinking and motor skills, according to the Food and Drug Administration.

The trial resumes today at 9 a.m. No court will be held Wednesday as county offices close for Veterans Day.
Posted by Sam at 6:22 AM