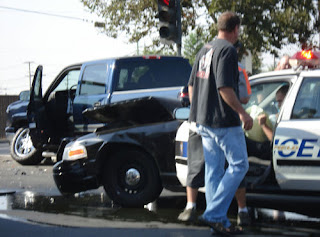 I was pretty certain he would have gotten probation on his plea. Unless there was something which showed up in the pre-sentence investigation report which would have swayed the Judge's opinion to not grant it.

He was even able to get deferred adjudication, now he will not be if he goes to trial and is convicted.

So he'll roll the dice now. Good luck on that.

A former San Antonio police officer who pleaded no contest in May to killing a colleague was set to be sentenced Thursday, but instead he asked a judge to rescind his plea.

Harle emphasized Thursday he doesn't usually allow defendants to rescind pleas. But he said Seaton's case was different because the former officer made an agreement with prosecutors before a grand jury returned an indictment against him.