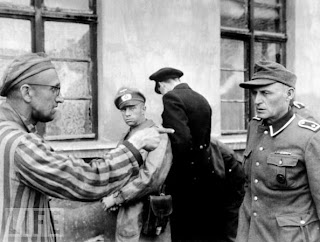 No excuse for this.

The Justice Department on Tuesday obtained a four-count indictment against a Bexar County Jail guard on charges that he kicked and beat two inmates in December 2004 and covered it up.

Daniel Melgoza, 54, was charged with two counts of deprivation of the inmates' civil rights under color of law and two counts of obstructing justice by making a false report of what transpired. The inmates are identified as A.P. and J.S.

Melgoza joined the sheriff's office in 1987. His lawyer, Marilyn Bradley, said he was suspended without pay for nearly four years while the Bexar County district attorney's office decided whether to prosecute him. He was reinstated in September 2008.