Case to go to Jury today 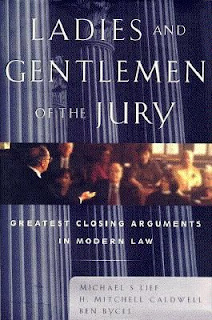 The case will go to the jury after closing arguments this morning.

I expect that she will be found guilty of the murder of Shirley Lindenbaum.

On the seventh day of testimony, the defense for Janice Vickers opened and closed after an hour and a half of testimony Thursday afternoon.

Prosecutors concluded their case earlier that day against Vickers after calling witnesses for seven days.

Vickers stands accused of intentionally running over and killing 82-year-old Shirley Lindenbaum on White Oak Drive in Canyon Lake the night of Nov. 3, 2006.

A DNA analyst with the Department of Public Safety confirmed for the prosecution Thursday morning that blood found on the inside and outside of Vickers’ Tahoe belonged to Lindenbaum. The prosecution closed with testimony from Detective Tommy Ward with the Comal County Sheriff’s Office.

Ward headed the Vickers investigation, which lasted two years and resulted in her arrest and indictment for murder in December 2008.

Ward outlined the accumulation of evidence during the investigation, focusing on his observations of the crime scene and Vickers’ behavior the night of Lindenbaum’s death.

He testified that after he introduced himself to Vickers that night, she made a statement to him that was “strange to hear.”

In statements to police that night, Vickers said she was reaching for CDs that had rolled onto the floorboard when she drifted off the road and accidentally struck an object. She said she backed up and ran over the object again before getting out and realizing it was a person.

In statements made later that night to police, Vickers said she traveled around the neighborhood seeking help before she was able to find her cell phone and call 9-1-1. At one point in her statement, she said she walked to get help. Later, she said that she drove.

Ward investigated the vehicle and the body.

“My initial observations were that (Lindenbaum) was to the side of the vehicle,” Ward testified Thursday. “There was a lot of damage to the upper body, but her feet were extremely clean.”

Lindenbaum’s body was found barefoot and investigators never located shoes at the scene.

Ward said he found fresh brain matter in the front passenger-side tire, but it was clean, which he interpreted to mean it had not rolled over in the dirt.

He also reviewed the front of Vickers’ Tahoe, finding it undamaged.

“If (Lindenbaum) had been standing, there would have been some damage to the front,” he said. “There was no damage at all. The (grill) guard was flimsy – it would have dented back toward the vehicle.”

“My thoughts were that blood could only come from someone sitting in the seat,” he said. “Someone was sitting there and bleeding, causing it to drip down.”

A purse belonging to Lindenbaum was found in the back of Vickers’ Tahoe. Ward testified that it was not dirty or damaged, which he said he would have expected if Lindenbaum had been carrying it when she was struck. He also said police did not discover any items on the ground that might have spilled from the purse.

Vickers said, in statements to police that night, she picked the purse up at the scene and placed it in her vehicle.

Ward testified after locating a photo ID of Lindenbaum in the purse indicating she lived up the street from the scene, he and another officer drove to Lindenbaum’s residence, a distance he clocked at three-tenths of a mile.

When he approached the house, the front door was open and a chair belonging to a kitchen dinette set was sitting in the hallway. An unfinished microwave dinner was found in a back room near a TV that was on.

It was later established that Lindenbaum lived alone.

Vickers was voluntarily taken to the Comal County Sheriff’s Office to provide a statement to police. A two-hour videotaped interview of her statement that night was shown to the jury this past Wednesday.

During the interview, Vickers changed her statement more than once, recalling her actions following the accident differently as Detective Vance Waltner with the Sheriff’s Office pressed her for a definitive statement.

“There were numerous inconsistencies with her statement that night,” Ward testified Thursday. “As Waltner would feed her information, she would try to fit her story to what we were telling her.”

On cross examination, Clark brought up previous testimony from Perry Fulcher, a nearby resident who ran to the scene after Vickers solicited his help, saying she had been in an accident.

Fulcher testified on Tuesday, Nov. 3, Vickers was “hysterical” and that he witnessed her pick up brain matter from the ground and get into the passenger seat with it.

Clark asked Ward if that would explain why blood was found in the seat.

Ward said he thought it was “unlikely.”

The prosecution rested its case at 1:45 p.m.

Clark opened the defense by calling a woman from the Canyon Lake area who had driven by Lindenbaum’s house either the day before or the day of her death.

Vivian Johnson, who knew Lindenbaum through a garden club, testified she had seen Lindenbaum talking with a dark-haired woman in a black truck at the entrance to Lindenbaum’s driveway. The truck was parked in the driveway as if it was leaving Lindenbaum’s house. Lindenbaum was standing next to the truck.

Johnson testified she did not spot another vehicle.

Clark recalled to the stand a witness for the prosecution, Sandy Parent, a trace evidence expert with DPS.

Parent testified Tuesday that tire marks found on the clothing Lindenbaum was wearing when she was run over were “visually similar” to Vickers’ Tahoe tires, but was unable to make a definitive match.

Under questioning from Clark, Parent testified that her lab had never made a comparison between paint scrapes taken from the Tahoe’s grill-guard and debris found on Lindenbaum’s clothing.

Parent testified “possible paint” located on the clothing was never tested for matches, and she was never asked by the prosecution to take a sample of possible tire marks found on the back of Lindenbaum’s blouse and pants.

Clark presented jurors with a report prepared by Parent’s lab stating: “The patterns present on the victim’s pants are a different design than the tire track depicted in the tire test prints of the suspect’s vehicle.”

However, the report goes on to say, “We are unable to determine if the pattern on the victim’s shirt was created from a tire.”

Clark closed the defense after calling those two witnesses.

The trial moves into its final phase at 9 a.m. tomorrow with closing statements from both sides. The prosecution and defense have each been allotted an hour and 15 minutes for closing statements, after which the jury will deliberate.

If convicted, Vickers faces five years to life in prison. The defense has requested sentencing by the jury if she is convicted, meaning the jury could hear additional testimony before deciding on a sentence.
Posted by Sam at 6:30 AM