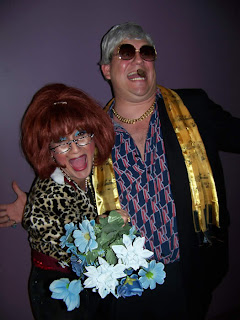 This would be really hilarious if it wasn't so serious.

So two folks gate crash a State Dinner at the White House.

No one suspected the Salahis were a couple of brazen party crashers - and wannabe reality TV stars.

The Secret Service is looking into its security procedures after determining that the Virginia couple managed to slip into Tuesday night's event even though they were not on the guest list, agency spokesman Ed Donovan said.