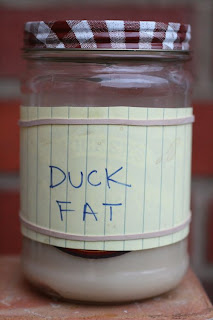 Wow I better not go to Peru anytime soon.

They could make a few years supply of wrinkle-free cosmetics out of me.

A Peruvian gang that allegedly killed people and drained fat from their corpses for use in cosmetics may have been inspired by a grisly Andean legend.

Peru reacted with revulsion and horror to reports that scores of peasants may have been butchered by the gang, which was said to have operated in Huánuco, a rural province dotted with Inca temples between the jungle and Andean peaks.

Colonel Jorge Mejia, chief of Peru's anti-kidnapping police, said Cudeña and three other suspects were in custody and that another seven gang members were being hunted.

The jailed men have confessed to killing five people, but police suspect the number of victims is far higher, with 60 people reported missing in Huánuco this year alone. Two of the suspects were arrested at a bus station in the capital, Lima, carrying bottles of liquid fat which they claimed were worth up to £36,000 a gallon.

At a news conference police displayed two bottles of fat, which laboratory tests confirmed were human. "The fat was extracted from the thorax and thighs," said Eusebio Felix Murga, chief of police of Dirincri district. Police also showed a photo of the rotting head of a 27-year-old male victim discovered last month in a coca-growing valley.

Police said they received a tip four months ago about a trade in human fat, which exported the amber liquid to Europe as anti-wrinkle cream. In addition to the alleged ringleader the suspects were named as Segundo Castillejos Agüero, Marcos Veramendi Princípe and Enadina Estela Claudio. They have been charged with homicide, criminal conspiracy, illegal firearms possession and drug trafficking.

The alleged plot has evoked comparisons to Patrick Süskind's novel Perfume in which a killer distills the essence of his victims into a jar. Others compare it to the film Fight Club in which a character played by Brad Pitt steals bags of human fat from a liposuction clinic to make soap.

The gang have been nicknamed the Pishtacos after the ruthless assassins of indigenous Quechua legend who ambushed solitary victims and drained their fat as an offering to gods to make the land fertile. Another version depicts them as cannibal bandits who ate the skin and sold the fat. The stories date back to before the European conquest.

The suspects allegedly would sever victims' heads, arms and legs, remove organs and suspend torsos from hooks above candles, which warmed the flesh as the fat dripped into tubs below. Members claimed other gangs were engaged in similar killings.

Medical experts said human fat had cosmetic applications to keep skin supple, but were sceptical about an international black market. "It doesn't make any sense, because in most countries we can get fat so readily and in such amounts from people who are willing to donate," Adam Katz, a professor of plastic surgery at the University of Virginia medical school, told the Associated Press.

Peruvians expressed shock that grisly Andean legends they heard from their grandparents could turn out to have a modern twist. "It's really incredible that killers like this could exist today," said one contributor to the newspaper Peru21.