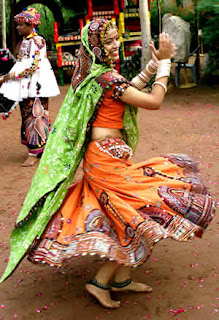 LUCKNOW: A teacher of an Uttar Pradesh school has been booked for allegedly forcing a girl student to perform obscene dance in skimpy clothes and filming it with his mobile phone, police said Monday.

Rajendra Rajput, 35, who teaches at the government-run Barkhera Junior High School in Mahoba district, some 300-km from here, made the Class 7 girl student dance in an obscene manner before him inside a vacant classroom on Nov 14, Children's Day.

"The teacher asked the girl to meet him in a classroom after the Children's Day function in the school was over. Later, Rajput forced the girl to perform obscene acts that he captured through his mobile phone. The teacher also threatened the girl of dire consequences if she told anybody about the incident," the officer said.

"A day after the incident took place, the girl Sunday narrated the incident to her parents, who registered a case against the teacher," police Inspector S.B. Shukla told reporters in Mahoba.

"Efforts are on to nab the teacher," he added.

Meanwhile, the relatives and neighbours of the girl indulged in vandalism and violence on the school's campus Monday. Demanding arrest of the teacher, they barged inside the school and also manhandled the staff there.
Posted by Sam at 7:21 AM