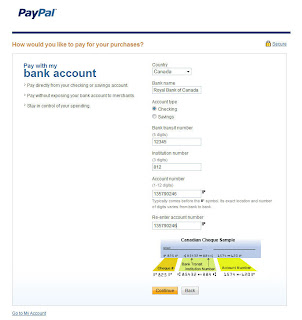 Wow, talk about your double-edged sword is right!

We do want freedom of information but it sounds like it is getting out of hand.

We really need a bill that will allow for the occasional user and seeker of information but allows the clerk to charge for the "actual" costs of obtaining records and information by the commercial requestor or the "vexatious" user of information.

Your personal information is for sale
Charles Agar - The Herald-Zeitung

Under the protection of open records laws, private companies are mining citizens’ personal information from the Comal County Clerk’s Office and selling to marketers. And there’s nothing you can do about it.

“They take basically everything we file here, and they do it under the guise of the Public Information Act,” said Comal County Clerk Joy Streater. “The clerks don’t have time to do their jobs anymore.”

Texas, like most states, has strict laws protecting the public’s right to information. That means everyone from title companies to average citizens can walk into a county clerk’s office and pore over their neighbors’ titles, deeds, loans and even documents listing inventories from a divorce or credit information — anything not considered confidential by federal and state statute.

The legislation is designed for transparency in government, but some data mining companies use the protection to collect and sell public records for use in marketing and sales, Streater said.

Recent requests in Comal County have gotten out of hand, she said. Some companies demand bulk data, Streater said. Those same requests often come with the threat of lawsuits and complaints to the Texas Attorney General when the county doesn’t produce immediately.

“We’re funding these companies, and we’re being forced to do it,” said Denise Rainey, the executive office manager in the Comal County office. “We are being kept from our duties because these people are inundating us with harassing requests over and over and over.”

“It is costing the taxpayers of Texas tens of thousands ever year, maybe hundreds (of thousands),” said State Rep. Doug Miller, R-New Braunfels.

Miller introduced legislation he hoped would help protect government entities from records request abusers, but the bill died in committee.

Miller said the issue is a double-edged sword. Citizens and members of the media want openness in government, but they also want to protect privacy and to stop people who harass government entities, Miller said.

“We want open records, just not ours,” Miller said.

The best option for citizens who want to protect themselves is vigilance, Miller said.

“Older people are the most vulnerable,” Miller said. “They get those requests and it looks official and they think it’s the IRS.”

Instead, it’s a credit scammer attempting fraud, he said.

Fortunately, there are federal and state laws about e-mail and phone solicitation, Miller said. But the abuse in records requests is an ongoing problem.

And it’s an issue across the country.

In Michigan, county clerks won out in an open records lawsuit from title companies and some states have laws protecting from abusive open records requests, Streater said. But Comal County staff follows the letter of the law, she said.

“Every open title request we get, we answer,” Streater said, adding that it is an important service for government transparency.

But there is nothing citizens can do to protect their vital information in the records of any county clerk. It is the right of anyone to get information from the clerk and do with that information as they please, Streater said.
Posted by Sam at 6:20 AM