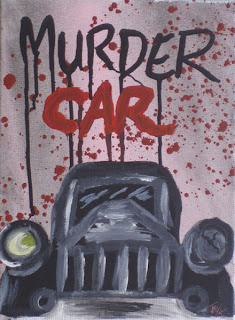 The hole gets deeper as the web of lies spun by the defendant grows larger.

Of course this is only my opinion. You make yours.

Coroner: Body run over more than once
By Theron Brittain - The Herald-Zeitung

On the sixth day of Janice Vickers’ murder trial, the chief medical examiner for Travis County testified about his review of Shirley Lindenbaum’s autopsy, saying the numerous injuries she sustained were consistent with being run over by a heavy vehicle — possibly more than once.

Lindenbaum’s torso was twisted, the vertebrae in her lower back were separated and her spinal cord severed. All of her ribs were fractured, and most of her vital organs were torn or displaced.

Medical examiner David Dolinak testified Tuesday the severity of these injuries would have been enough to cause Lindenbaum’s death in a matter of minutes, but additional trauma to her head, which completely crushed her skull, killed her instantly.

Dolinak also said it was his opinion the body could not have suffered the amount or severity of the injuries by being run over just once. He said he did not think it was possible, given Lindenbaum’s height — estimated at 5’7” — that she was run over by both front tires of Janice Vickers’ Chevrolet Tahoe at the same time.

Prosecution asked Dolinak if it was possible that Lindenbaum had suffered head injuries prior to being run over.

Dolinak said it was impossible to tell. He said the Tahoe was the likely cause of the crushed skull.

He said there was no indication Vickers left the scene in her Tahoe after running over Lindenbaum and returned, pulling a U-turn and stopping near the body, contradicting a statement Vickers made to police the night of the incident.

“Based on my evaluation, that is not a truthful statement,” Vick said.

Vick said he also found no indication of braking on the road or in the ditch where Lindenbaum’s body was found.

Defense attorney Mark Clark asked Vick if he knew whether it rained before he had a chance to review the scene. Vick replied he did not know.

The prosecution spent most of Tuesday afternoon laying the groundwork for testimony on DNA analysis of biological materials recovered from Vickers’ Tahoe.

Two DNA analysts with DPS testified about the collection and testing of samples taken from the vehicle. Possible blood samples were taken from three of the tires, the undercarriage, the passenger seat and door and the cargo area in the back of the vehicle. Possible blood samples were also found on the steering wheel and on a pebble found on the driver’s side floorboard.

More than one investigator has testified no blood samples were located on the front bumper or grill-guard of Vicker’s Tahoe, nor was there any visible damage.

The prosecution is expected to rest its case by Thursday. Court will not be held today in recognition of Veterans Day. The trial will resume at 9 a.m. tomorrow.
Posted by Sam at 5:44 AM