Off to jail with ye 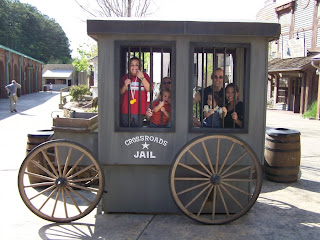 Okay, my guess is a girl, drugs or money.

Why they fought, oh and I bet alcohol played a part too.


Two are jailed after stabbing
By Valentino Lucio - Express-News

A man is in custody after he stabbed another man with a knife several times Thursday night in a drainage ditch in northwestern Bexar County, authorities said.

The incident occurred about 10 p.m. in the 10700 block of Staggering Creek, near Shaenfield Road.

The two men, both believed to be 18, were involved in a fight over an unknown issue, said Sgt. Harold Stech of the Bexar County Sheriff’s Office.