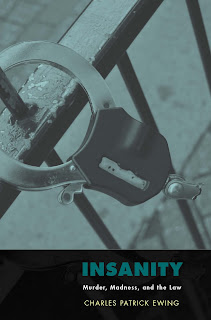 Boy, that will be a tough defense to sell. Let's see the planning involved, the saying good bye to a friend, the shouting of "Allahu akbar", the lectures he gave on the Koran and Jihad, the e-mails to the Iman in Yemen, all seem to run counter to an "I was crazy" defense.

His defense attorney however, would be re-miss if he didn't raise it.

Of course the military might be okay with an insanity defense too. Then that could exonerate those who ignored the warning signs concerning Major Hasan and chalk it all up to his going crazy and heading off the reservation.

FORT WORTH, Texas (AP) -- An Army psychiatrist accused of killing 13 people during an attack on his Texas post will likely plead not guilty to the charges against him and may use an insanity defense at his military trial, his attorney said Monday.

John Galligan, the civilian attorney for Maj. Nidal Hasan, said he is considering an insanity defense among other options, but that it's too early to determine his defense strategy.

"Based on the evidence thus far, his mental status must be raised," Galligan told The Associated Press by phone from his office near Fort Hood, about 130 miles southwest of Dallas. "Anybody who allegedly engages in conduct that is completely contradictory to his lifestyle and military career - an insanity defense has to be considered."