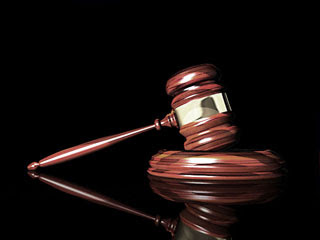 Still inexplicable to me.

17 years seems to be very little for a murder sentence however, I except the jury's decision.

Three years and 13 days after the Shirley Lindenbaum’s death in Canyon Lake, a jury sentenced Janice Vickers, 48, to 17 years in prison on Tuesday.

Vickers stood motionless and the packed courtroom was hushed as the judge read the sentence.

By state law, Vickers will be eligible for parole when half of her sentence is served, as early as 2018.

Jurors deliberated for five hours — from 9 a.m. until just before 2 p.m., with an hour break for lunch — before sentencing Vickers, who was found guilty on Friday of intentionally running over and killing 86-year-old Shirley Lindenbaum on Nov. 3, 2006.

Vickers was calm during the proceedings, but later slid down in her chair, leaned on her attorney Mark Clark and dabbed at her eyes as those close to Lindenbaum had a chance to speak.

“This woman had value to us,” Lindenbaum said as he held up a colorful landscape and a still-life painted by Shirley Lindenbaum.

He read off the names of Shirley Lindenbaum’s family members in Illinois.

Lindenbaum told the jury they had done what they needed to do and blasted Vickers for “avoiding accountability for her crime,” showing no contrition and wasting time and resources in the investigation.

With tears in her eyes, Curt Lindenbaum’s wife, Mary, praised the jury for vindicating the loss of a woman with “love for the arts, love for people and love for life.”

She told how Shirley Lindenbaum faced the loss of two children, both in their 20s, and later her husband with a “courageous heart” and how she planned to enjoy the rest of her days in the home she loved in Canyon Lake.

“But why on earth attack an elderly, defenseless widow who could do no harm?” Mary Lindenbaum asked.

The Vickers family, she said, “must bear this load for the rest of their lives.”

“I hope that those of us who’ve been involved (in the trial) will be able to find some peace,” said Nancy Propst, a friend of Lindenbaum who was a character witness earlier in the trial.

Probst was one of many fellow churchgoers and friends of Lindenbaum who were fixtures in the courtroom throughout.

Court officials said it is likely Vickers, who has been in custody since she was found guilty on Friday, will be transported to the state facility in Huntsville in coming days to begin serving out her sentence.

Janice Marie Vickers, 48, was on trial for murder in the death of 82-year-old Shirley Lindenbaum.

Following a two-year investigation, Vickers was arrested on Dec. 12, 2008 and charged with intentionally running over and killing Lindenbaum with her vehicle on White Oak Drive near Startzville on Nov. 3, 2006.

Jury selection was Monday, Nov 2. The trial started Tuesday, Nov. 3, with testimony from the prosecution.

Assistant attorney generals, Ralph Guerrero and Wesley Mau, were deputized as assistant district attorneys in the case and led the prosecution.