One angry lady of the evening 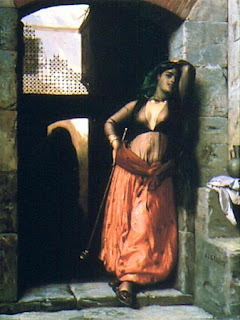 Pay up front? What?

This is not the way to build up your clientele list.

A San Antonio man who police said picked up a prostitute and then refused to pay her for sex was reportedly stabbed several times by the woman.

Police said the 54-year-old man, who was not immediately identified, was taken to University Hospital where he was listed Friday morning in stable condition.

The 2:30 a.m. stabbing, at the intersection of Santiago and South Hamilton, occurred after the man refused to pay upfront, police said. A fight ensued, and the woman allegedly stabbed him three times in the chest before fleeing. Police did not immediately apprehend the woman.