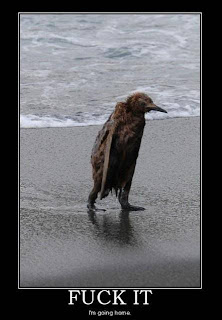 There will always be this crap on the Internet.

And no, I am not an anti-Semite. I are a Semite.

Washington - Google is running advertisements to explain the appearance of racist and anti-Semitic material in search results, including a picture which depicts US First Lady Michelle Obama as a monkey.

"Sometimes Google search results from the internet can include disturbing content, even from innocuous queries," the Mountain View, California-based search giant said in an ad signed "The Google Team".

"We assure you that the views expressed by such sites are not in any way endorsed by Google," Google said.

The Google ad appears on a page of image search results for Michelle Obama which includes the offensive depiction of the wife of President Barack Obama.

"Search engines are a reflection of the content and information that is available on the internet," Google said.

"The beliefs and preferences of those who work at Google, as well as the opinions of the general public, do not determine or impact our search results."

Google said it will remove pages from search results if they violate the company's guidelines but it "views the integrity of our search results as an extremely important priority.

"Accordingly, we do not remove a page from our search results simply because its content is unpopular or because we receive complaints concerning it," Google said.

"We apologise if you've had an upsetting experience using Google," it added. "We hope you understand our position regarding offensive results."

A similar Google explanation appears on the page featuring search results for the word "Jew".

"If you recently used Google to search for the word 'Jew', you may have seen results that were very disturbing," Google said.

"A site's ranking in Google's search results relies heavily on computer algorithms using thousands of factors to calculate a page's relevance to a given query," it said.

"Sometimes subtleties of language cause anomalies to appear that cannot be predicted," Google said.

"A search for 'Jew' brings up one such unexpected result," it said. "One reason is that the word 'Jew' is often used in an anti-Semitic context."