Not the best thing to be happening at this time 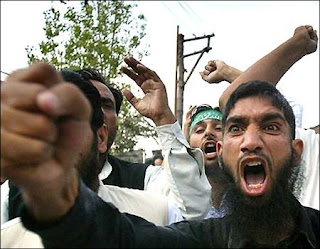 Having once visited Egypt for several weeks while I was a geologist I wouldn't be surprised if some of the police didn't join in the rioting as well.

I went to Cairo back in 1986, 3 days after the police had rioted, and the city was in 'lock-down' and patrolled by the army.

Hundreds of Muslim protesters on Saturday burnt Christian-owned shops in southern Egypt and attacked a police station where they believed a Christian accused of raping a Muslim girl was being held, a police official said.

Police repelled the demonstrators in the town of Farshut using tear gas and also arrested 60 people during the clashes in which seven Coptic Christian-owned shops were destroyed, the official said.

The protesters hurled stones at the police station after they heard that a Coptic Christian man accused of kidnapping and sexually assaulting a 12-year-old Muslim was being held there, he said.

Roughly ten percent of Egypt's 80-million-strong population are Coptic Christians, who complain of discrimination and are sometimes the target of sectarian attacks.