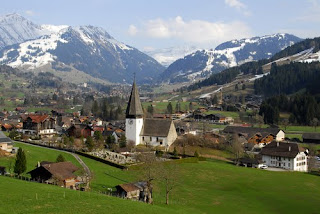 Can I be arrested and placed on house arrest in Gstaad?

GSTAAD, Switzerland (AP) - After two months in a Swiss jail, Roman Polanski prepared Thursday for the splendid captivity of his $1.6 million chalet in one of world's most luxurious winter resorts.

Polanski will have views of snowcapped Alpine peaks, spacious rooms and the all the amenities of a town with a reputation for catering to the wishes of the rich and famous.

But he won't be able to go out the front door.

In this isolated bastion of wealth—which Elizabeth Taylor once called home and Michael Jackson visited—the 76-year-old director will be placed under house arrest as soon as he posts $4.5 million bail, surrenders his identity documents and is fitted for an electronic bracelet that allows authorities to monitor his whereabouts.