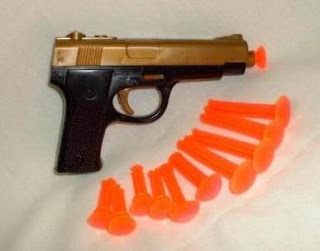 It doesn't sound like he shot himself now does it?

At least not the way the article reads.

One man was critically injured Sunday afternoon when he was shot in the neck while playing with a loaded small-caliber pistol in a West Side home.

The man, whose name was not immediately released, was taken to Wilford Hall Medical Center in critical condition around 2 p.m., when the shooting took place in the 1800 block of Red Elm, according to police Sgt. Jimmy Willingham.

He said the man was with three other men, all between the ages of 18 and 20, who are friends. Two of the men, who both were wearing black T-shirts, ran away from the home and were detained nearby, Willingham said. The third man stayed with the victim in the home until paramedics arrived. Police searched a drainage ditch behind the home for about an hour before they recovered a pistol.