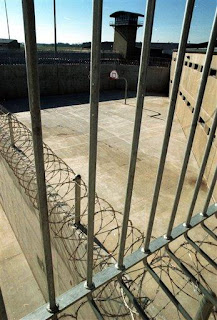 I do not believe that. Do you? If yes, I have a bridge in Brooklyn I'd like to sell you.

Besides why not keep them at Gitmo?

CHICAGO (AP) -- The Obama administration may buy a near-empty prison in rural northwestern Illinois to house detainees from Guantanamo Bay along with federal inmates, a White House official said Saturday.

The maximum-security Thomson Correctional Facility, about 150 miles west of Chicago, was one of several evaluated by the Federal Bureau of Prisons, and emerged as a leading option to house the detainees, the official told The Associated Press on condition of anonymity because a decision has not been made.

President Barack Obama wants alleged terrorism suspects from the controversial military-run detention center in Cuba to be transferred to U.S. soil so they can be prosecuted for their suspected crimes.