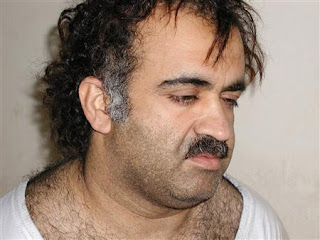 I am not so sure that having this tried in a civilian criminal court is a good idea.

Hey! Were they ever Mirandized? Well?

Were they? The legal problems, I think, are formidable. But hey! I'm not the US Attorney General so what do I know?

By Jeremy Pelofsky and James Vicini

WASHINGTON (Reuters) - The accused mastermind of the September 11 attacks and four co-conspirators will be sent to New York for trial in a court near the site of the World Trade Center, the Obama administration said on Friday, as it took a step toward closing the Guantanamo Bay prison.

Khalid Sheikh Mohammed and the others had been facing military commission trials at the U.S. naval base in Cuba, but U.S. President Barack Obama has pledged to close the prison.

Civil liberties advocates hailed the decision to transfer the men to criminal courts but Republicans lashed out, arguing that bringing them to U.S. soil could make New York a magnet for new attacks and that the men deserved military trials.