Is this real incompetence or what? 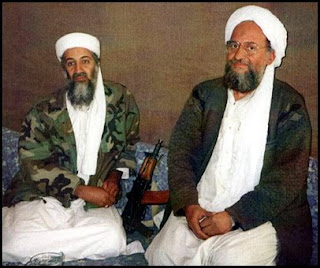 Yes, I know I posted something earlier re: Major Hasan however this article, if true, sure is troubling in showing just how unbelievably naive the system is, 8 years post-911.

Or is it because the military doesn't want to be seen as jumping to conclusions regarding someone who is a practicing Muslim, within its ranks?

Don't you think that a military person trying to contact Al-Queda should sen up all sorts of red flags??

It is not known whether the intelligence agencies informed the Army that one of its officers was seeking to connect with suspected al Qaeda figures, the officials said.

One senior lawmaker said the CIA had, so far, refused to brief the intelligence committees on what, if any, knowledge they had about Hasan's efforts.

CIA director Leon Panetta and the Director of National Intelligence, Dennis Blair, have been asked by Congress "to preserve" all documents and intelligence files that relate to Hasan, according to the lawmaker.

On Sunday, Senator Joseph Lieberman (D-CT) called for an investigation into whether the Army missed signs as to whether Hasan was an Islamic extremist.

"If Hasan was showing signs, saying to people that he had become an Islamist extremist, the U.S. Army has to have a zero tolerance," Lieberman told Fox News Sunday.

Investigators want to know if Hasan maintained contact with a radical mosque leader from Virginia, Anwar al Awlaki, who now lives in Yemen and runs a web site that promotes jihad around the world against the U.S.

In a blog posting early Monday titled "Nidal Hassan Did the Right Thing," Awlaki calls Hassan a "hero" and a "man of conscience who could not bear living the contradiction of being a Muslim and serving in an army that is fighting against his own people."

According to his site, Awlaki served as an imam in Denver, San Diego and Falls Church, Virginia.

The Associated Press reported Sunday that Major Hasan attended the Falls Church mosque when Awlaki was there.

The Telegraph of London reported that Awlaki had made contact with two of the 9/11 hijackers when he was in San Diego.

He denied any knowledge of the hijacking plot and was never charged with any crime. After an intensive investigation by the FBI, Awlaki moved to Yemen.

People who knew or worked with Hasan say he seemed to have gradually become more radical in his disapproval of the war in Iraq and Afghanistan.