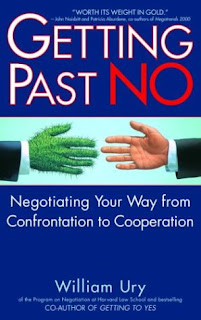 How can you seriously decrease cooperation when to date there has been none, nada, zip, zero?

My leg you are pulling, No?


Ali Larijani, Iran's parliament speaker, has warned that his country could "seriously decrease" cooperation with the UN's atomic watchdog after international demands to cease work on a second nuclear plant.

Larijani said to parliament on Sunday that the US and the five other powers in talks with Tehran must change their approach to the Middle Eastern nation.

"The Iranian parliament warns the US and other members of the five-plus-one group not to think that such kind of outdated games will give you a chance for haggling," he said.

"Do not make the parliament and the Iranian nation choose another path and seriously decrease cooperation with the IAEA [the International Atomic Energy Agency]."

The comments by Larijani, who was previously Iran's chief nuclear negotiator, came two days after the UN's IAEA passed a resolution demanding that construction of the plant, known as Fordo, near the Shia holy city of Qom be halted immediately.

Larijani responded in parliament: "This negotiation shows that they [world powers] are not seeking a dialogue, but are seeking to commit a political swindle because [they] should have welcomed Iran's early announcement of the Fordo plant and not use it as a pretext to issue a resolution."

The parliamentary speaker has previously claimed that international powers are attempting to "trick" Tehran in a nuclear fuel deal.

Mohammad Karamirad, a conservative Iranian legislator, has warned on Saturday that the IAEA resolution could force Tehran to pull out of the Nuclear Non-proliferation Treaty (NPT), which could seriously hamper efforts to prevent Iran developing nuclear weapons.

"The parliament, in its first reaction to this illegal and politically-motivated resolution, can consider the issue of withdrawing from the NPT,'' the official IRNA news agency quoted Karamirad as saying.

"The parliament ... [also] can block the entry of IAEA inspectors to the country."

Karamirad was not speaking for the government, but his comments may be indicative of Tehran's feeling.

Iran has made similar threats before, notably in 2006 after heightened UN pressure over its nuclear programme. However, it later backed down.

Iran disclosed the plant on September 21, but has insisted that it has not broken any IAEA regulations in not announcing the presence of the plant earlier as there is not yet any nuclear material at the facility.

Twenty-five out of 35 IAEA member nations voted for Friday's resolution, with only Venezuela, Cuba and Malaysia voting against it.

China and Russia, who have close ties with Iran, also voted for, siding with the US, UK, France and Germany.

There has been no such resolution against Iran since February 2006.

Western powers suspect Iran of using a proposed development of a peaceful nuclear-energy programme as a cover to build nuclear weapons, which Tehran denies.