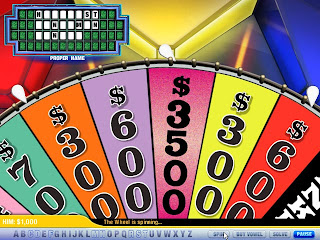 You have got to be kidding me.

Really? Buy a grade? Somebody had to be told by the school board their idea sucked?

Pat Sajak, I'd like to buy a vowel please, an A.

However, the fundraiser came to an abrupt halt today after a story in The News & Observer raised concerns about the practice of selling grades.

"Yesterday afternoon, the district administration met with [Rosewood Middle School principal] Mrs. Shepherd and directed the the following actions be taken: (1) the fundraiser will be immediately stopped; (2) no extra grade credit will be issued that may have resulted from donations; and (3) beginning Novermber 12, all donations will be returned."

A $20 donation to Rosewood Middle School would have gotten a student 20 test points - 10 extra points on two tests of the student's choosing. That could raise a B to an A, or a failing grade to a D.

Susie Shepherd, the principal, said a parent advisory council came up with the idea, and she endorsed it. She said the council was looking for a new way to raise money.

"Last year they did chocolates, and it didn't generate anything," Shepherd said.

Shepherd rejected the suggestion that the school is selling grades. Extra points on two tests won't make a difference in a student's final grade, she said.

It's wrong to think that "one particular grade could change the entire focus of nine weeks," Shepherd said.

State education officials, who typically shy from talking about grading at individual schools, were not pleased to hear of Rosewood's effort.

Rebecca Garland, the chief academic officer for the state Department of Public Instruction, said she understands that schools are struggling in the recession.

Tight state and local budgets have put extra pressure on schools to raise their own money. Teachers giving extra test credit to students who bring in classroom supplies is a longstanding practice at some schools.

But Garland said exchanging grades for money teaches children the wrong lessons. She also said it is bad testing practice and is unfair to students whose parents can't pay.

"If a student in college were to approach a professor to buy a grade, we would be frowning on that," Garland said. "It might even be a reason for dismissal. We're teaching kids something that if they were to do it later, they could get in trouble for."

Students should know that test grades are based on what they've learned, and parents need to have a true picture of how their child is performing in class, Garland said.

Garland said she has heard of schools offering test credit to students who bring supplies to school. But "I've never actually heard of being able to purchase grades before," she said.

"To my mind, it's the integrity of the educational enterprise that's at stake here," said Daniel Wueste, director of the Rutland Institute for Ethics.

Carmen Zepp, a Raleigh parent, said there should be policies against offering students test credit for anything other than what they've learned.

Zepp objected this year when her daughter's social studies teacher at Knightdale High School had students bring to school tissues and hand sanitizer. The supplies counted for 25 percent of a "supply check" grade.

"It's awful," Zepp said. "It's indicative of the fact that our schools don't have enough money. They can't get tissues or hand sanitizer or whatever without bribery. And that's pretty sad."

Shepherd, the Rosewood principal, said her school needs more technology. She said any money raised would help buy digital cameras for the school's computer lab and a high-tech blackboard.

Shepherd said no donations have been collected so far, as far as she knows.

The district is continuing to investigate, and has stated that additional actions will be taken if deemed necessary.