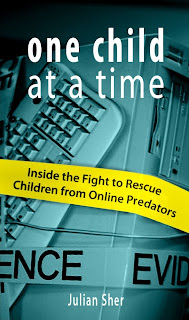 Okay, I nominate Van Hilley's statement for the Understatement of the Year Award.

In April 2008, federal agents raided Justin Jackson Sayers' home and seized his computer, which they said contained a stash of child pornography.

Sayers, who's in his late 20s, was rearrested in an undercover U.S. Postal Service sting, a day before U.S. District Judge Orlando Garcia on Thursday sentenced to 15 years another man in a similar case.
“It's always a difficult situation when a client commits a new offense when he's out on bond, and it's even more difficult when it's the same type of offense,” said Sayers' lawyer, Van Hilley.