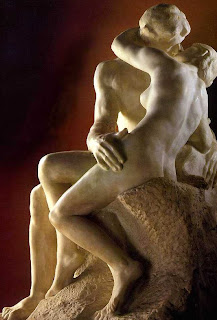 And we mean it!

DUBAI (Reuters) - A British pair caught kissing in public in Dubai face up to a month in jail in the Gulf Arab emirate for indecency after an Emirati mother complained her child had seen their indiscretion.

The pair, a British man living in Dubai and a female friend, were arrested in November on accusations of kissing and touching each other intimately in public and consuming alcohol, their lawyer said. They were ordered jailed for a month.

The case is the third time in under two years in which Britons have hit the headlines by falling foul of decency laws in Dubai, a flashy Muslim emirate popular with sun-seeking Western tourists and expatriates.

A lawyer for the pair, who launched an appeal on Sunday, said there had been no inappropriate kissing and the two were just friends. A verdict in the appeal is expected on April 4.

"There was no lip kissing. It was just a normal greeting that is not considered offensive," lawyer Khalaf al-Hosani told the court, adding the complainant's testimony was contradictory.

The British man's mother in London said her son, Ayman Najafi, had vowed to clear his name.
"My Ayman is a good boy, he's very wise and mature. I can't believe it," his mother Maida Najafi was quoted as saying in The Independent. "He knows the rules over there. He would never do that. He wouldn't even do it over here."

The pair, free on bail, were also fined 1,000 dirhams ($272) for illegal consumption of alcohol, the lawyer said. They were to be deported after the completion of their jail sentence.

Dubai's foreign population has expanded rapidly in recent years as expatriates flocked to the Gulf Arab trade and tourism hub for its tax-free earnings and year-round sunshine.

The changes have challenged the Emirati population, which is now vastly outnumbered by foreigners, raising concern that their emirate's rapid pace of growth is a threat to their social and religious identity in what remains a deeply conservative region.

In a high-profile case in 2008, a British couple narrowly escaped jail after a court found them guilty of engaging in drunken sexual activity out of wedlock, and for doing so in public on a beach in the emirate.
They were sentenced to three months in prison followed by deportation, but had their jail terms overturned on appeal.

In a separate case this year, a British couple who shared a hotel room managed to escape trial in Dubai for having sex out of wedlock by producing a marriage certificate.

A British embassy spokesman said it could confirm that a British national was arrested in November and the mission had provided consular assistance, but gave no further details.
Posted by Sam at 7:44 AM