Toyota's problems seem to be accelerating 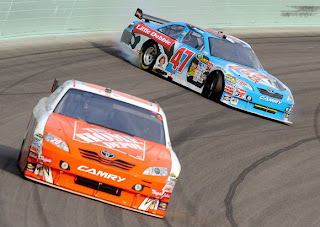 Wow, the problems for Toyota seem to increase almost on a daily basis.

MIAMI (AP) -- Toyota owners claiming that massive safety recalls are causing the value of their vehicles to plummet have filed at least 89 class-action lawsuits that could cost the Japanese auto giant $3 billion or more, according to an Associated Press review of cases, legal precedent and interviews with experts.
Those estimates do not include potential payouts for wrongful death and injury lawsuits, which could reach in the tens of millions each. Still, the sheer volume of cases involving U.S. Toyota owners claiming lost value - 6 million or more - could prove far more costly, adding up to losses in the billions for the automaker.
Such class-action lawsuits "are more scary for Toyota than the cases where people actually got injured," said Tom Baker, a University of Pennsylvania law professor. "A super-big injury case would be $20 million. But you could have millions of individual car owners who could (each) be owed $1,000. If I were Toyota, I'd be more worried about those cases."
The rest of the story:
Posted by Sam at 6:57 AM