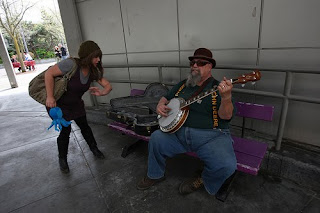 Robbing the blind or visually impaired, how reprehensible is that?

A visually impaired man in his late 40s was knocked unconscious and robbed early Tuesday morning when he was walking to work.

According to a police report, Juan Cadena left his home about 6 a.m. and was walking on Mission Road to the
San Antonio Lighthouse for the Blind when a man approached him and demanded money.

When Cadena refused, he was thrown to the ground, hitting his head on the curb. When he awoke, Cadena was missing his wallet and a black wrist watch, officials said.