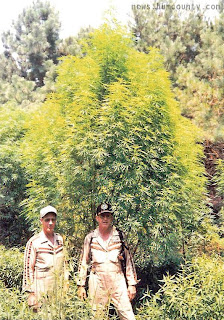 Its California and its the 9th Circuit Court.

I bet they'll say they can possess a lot.


Many felony pot cases getting tossed out of court


SAN FRANCISCO (AP) -- Police in a northern California town thought they had an open-and-shut case when they seized more than two pounds of marijuana from a couple's home, even though doctors authorized the pair to use pot for medical purposes.


San Francisco police thought the same with a father and son team they suspected of abusing the state's medical marijuana law by allegedly operating an illegal trafficking operation.
But both cases were tossed out along with many other marijuana possession cases in recent weeks because of a California Supreme Court ruling that has police, prosecutors and defense attorneys scrambling to make sense of a gray legal area: What is the maximum amount of cannabis a medical marijuana patient can possess?