Bad apple in the bunch 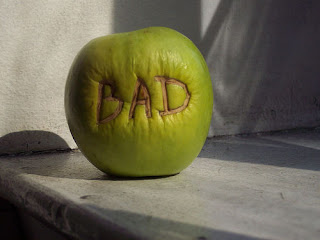 Man, if you can't trust the good guys who can you trust?

Not only did he bring shame and dishonor to the department and badge but apparently he's bolluxed up several hundred cases and possibly some innocent folks were convicted.

At the very least some will be re-tried due to this this at additional cost to the public.

Flores, a 10-year veteran, is alleged by his own agency to have lied about the source of information used to get a search warrant in December 2008.

If indicted, Flores, 31, would be the first deputy prosecuted as the result of separate, ongoing investigations into alleged wrongdoing by current and former members of the Bexar County Sheriff's Office 15-person narcotics unit.