An order of BS 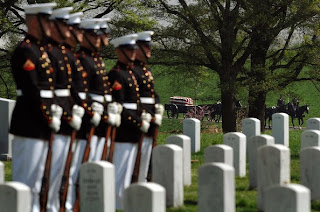 No disrespect meant but this ruling of the court  is just......Bullshit.

BALTIMORE - The father of a Marine killed in Iraq and whose funeral was picketed by anti-gay protesters from Kansas was ordered to pay the protesters' appeal costs, his lawyers said Monday.

On Friday, Court of Appeals for the Fourth Circuit ordered Snyder to pay $16,510 to Fred Phelps. Phelps is the leader of Topeka's Westboro Baptist Church, which conducted protests at Marine Lance Cpl. Matthew Snyder's funeral in 2006.

The two-page decision supplied by attorneys for Albert Snyder of York, Pa., offered no details on how the court came to its decision.

Attorneys also said Snyder is struggling to come up with fees associated with filing a brief with the U.S. Supreme Court.

The decision adds "insult to injury," said Sean Summers, one of Snyder's lawyers.

The high court agreed to consider whether the protesters' message is protected by the First Amendment or limited by the competing privacy and religious rights of the mourners.
Posted by Sam at 9:50 AM