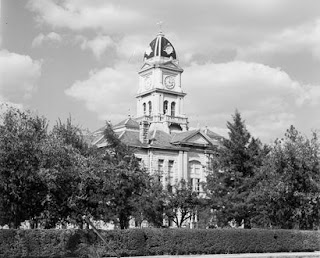 Allowed to fall into decreptitude?

The photo is how the courthouse looked in 1939.  Note it had a clock-tower at the time which has long since been removed.  I think it was a handsome courthouse with the clock-tower.

Audience members applauded the absence of a motion to accept a $372,000 state grant for design work on the project that required removing two wings added 70 years ago to the 1893 courthouse.

One of nine public speakers Monday backed demolishing the additions which, built by the Work Projects Administration in 1938-40, were themselves hailed as historically significant.