For a Good Cause 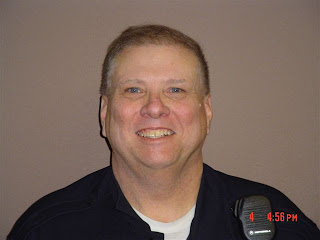 If you're in the Seguin area today, Saturday, March 20th, please stop by and help SPD Officer Billy Perkins who is recovering from a heart attack and surgery.

I hear the barbecue is excellent!  And its only $6 a plate.

SPD to raise money for police officer
SEGUIN — Seguin police are raising money to help out one of their own.

“We want to help out Officer Billy Perkins, an officer here who had a heart attack and five bypass surgeries,” said Seguin Police Cpl. John Cready.

Though Perkins had health insurance, Cready said, he still faces plenty of bills that were not covered.

“He’s out of the hospital now and getting ready to start physical therapy,” Cready said. “We really want to help him out with the bills and help make-up the difference.”

A barbecue fundraiser will be held on Saturday, March 20 from 11 a.m. to 3 p.m. at the barbecue pits behind the Knights of Columbus Hall, 1015 S. Austin St. Plates are $6 and include quartered chicken, potato salad, beans, pickles and onions.

“We’ll have police officers, employees, volunteers and members of the Citizen’s Police Academy Alumni out there helping serve and organize everything,” Cready said.

The corporal said he’s been impressed by the outpouring of support and donations and they are expecting a crowd on Saturday.

Cready said Perkins has spent the last 22 years working as a law enforcement officer and has spent much of that time in Seguin. However, those who haven’t met him should consider coming out to the fundraiser, as well.

“He’s part of the law enforcement community and he’s been out there serving the city,” Cready said. “But now we need to be there for him when he needs our help.”

Tickets can be purchased at the front desk of the Seguin Police Department, 350 N. Guadalupe St. Monetary donations are also welcome and can be made at the front desk.
Posted by Sam at 8:15 AM