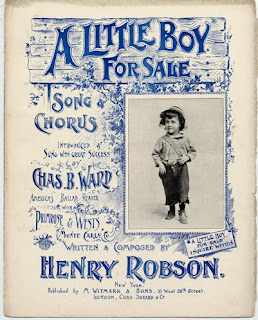 You can get just about anything on Craigslist.

And that is the problem isn't it?

Though it reads like a hoax, Washington cops are investigating a Craigslist ad that recently offered a four-year-old boy for sale, according to court documents filed this week.

The Spokane County Sheriff's Office learned of the online classified after it was spotted late last month by witness Amy Rice, who told a detective that the ad was headlined, "4 Year old boy - $5000 (Spokane)," according to the below March 15 search warrant affidavit.

In response to the warrant, Craigslist has provided investigators with information about the posting of the ad, which offered the sale of a child named "Gavin," who is described as "a great kid" who "always has a smile on his face." The ad, which included a photo of a young boy, was purportedly placed by the child's father, "Rick Obelophy."

Using investigative databases, a sheriff's deputy could "not locate any information pertaining to the name 'Rick Obelophy,'" or the surname "Obelophy."

While investigators reportedly believe that the ad is not a hoax, the Craigslist posting noted that the boy "doesn't fuss very much but when he does he just screams for hours. I usually just put him in the closet until he stops and that usually works."

The boy was being offered for sale, his father claimed, because "I can no longer afford to take care of him." The sheriff's office is probing the ad as a possible violation of "Child Selling--Child Buying" laws.