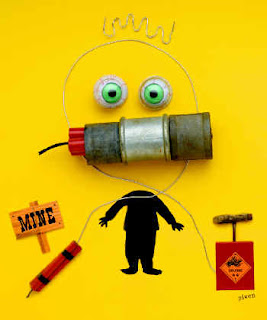 I'm glad they got the pipe bomb.

Pipe bomb found at Canyon Lake area house
By Bryan Shettig - The Herald-Zeitung
Sheriff’s office detectives are investigating the Monday shooting of 14-year-old male who was shot in the leg with a shotgun in the Canyon Lake area.

Deputies responded to a call of a shooting Monday night in the 15000 block of Cranes Mill Road south of Canyon Lake. They found that a juvenile had been shot with a 12-gauge shotgun, said CCSO Detective Vance Weltner.

When deputies arrived on the scene, they discovered a pipe bomb at the home where the shooting occurred. The San Antonio Police Department’s bomb squad responded and defused the bomb, said Lt. Mark Reynolds, a CCSO spokesman.

Ryan Andrew Huebner, 24, was renting the home. Deputies arrested him on charges of serious bodily injury to a child, a second-degree felony punishable by two to 20 years in prison and a possible $10,000 fine if convicted.

Emergency workers did not provide specifics on the victim’s condition at the time of transportation. The Sheriff’s Office did not release the name of the victim Tuesday and had not determined yet in its investigation whether the shooting was accidental, but did say the victim and Huebner lived near each other.

There was only one pipe bomb at the home Monday, said Detective Weltner, and no other bombs, explosives materials, plans or schematics for bomb-making.

It was unclear Tuesday if Huebner made the bomb or how he planned to use it.
Posted by Sam at 6:43 AM