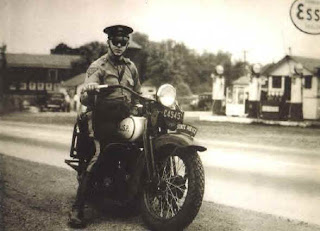 Everett’s announcement follows a weeks-long review by the city into the department’s promotion practices and operations, which City Manager Mike Morrison said found no instances of wrongdoing.

“I’m pursuing some key opportunities which can provide me a challenge, including some non-law enforcement opportunities,” Everett said.

The volume of projects meant Everett was not as accessible to co-workers as he should have been, Morrison said. In addition, the programs and projects created “stress” and, while Morrison felt the programs were successful, the city and department “could have done a better job with team work.”

Everett denied his resignation had anything to do with the February review and that his “name has been cleared, and there was no wrongdoing,” he said.

There’s also nothing Everett would have done differently at the department if given the chance, he said.

“Throughout my career, I have never looked back,” he said. “It’s a great department and a great city.”

Everett became the police chief of the New Braunfels Police Department in June 2007. He followed Ron Johnson as chief, who retired almost four years into his tenure, something he planned to do when he started work as the chief, said Mayor Bruce Boyer.

Everett worked 26 years with the Dallas Police Department and also served as the assistant police chief in Haltom City, near Fort Worth. He started working with law enforcement when he was 19, Everett said.

“The citizens are fortunate to have such quality men and women who serve and care about them every day,” Everett said of the NBPD.

The city has not chosen an interim replacement, but one will be announced before April 30, Morrison said.

“We’ll handle the search internally,” he said. “In the past, we hired search firms, but now we have the staff to do it ourselves,” he said. The city’s Human Resources department will be involved in an internal search, he said.

In addition, the city could list the job opening with professional organizations, including the Texas Police Chiefs Association, the Texas Municipal League and some state and national advertisements, Morrison said.

Staff plan to follow a similar procedure to the one used three years ago when the city hired Everett by speaking to department employees and the community about what issues and qualities to look for in a new chief.

Before hiring Everett, Morrison said the community expressed concern about drug and alcohol abuse by minors, which the department responded to with programs such as Operation Intervention, a joint venture with the Texas Alcohol and Beverage Commission to purchase alcohol with minors, resulting in seven arrests at area businesses.

“As we went through the review of what had been accomplished in the department, we felt (Everett) had accomplished a great deal,” Morrison said. “Now, perhaps it’s time to go in a different direction and build on what he has done.”
Posted by Sam at 7:25 AM