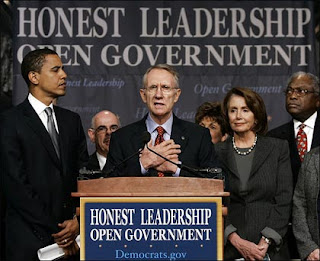 So $127,000 was, apparently illegally, transferred from the account to cover for primaries to pay for a gala event.

Change we can believe in.

By Guillermo X. Garcia and Gilbert Garcia - Express-News
The Bexar County Democratic Party in December 2008 had a lot to celebrate, even as it quietly lurched toward a financial crisis of apparently criminal proportions.

A month earlier, Barack Obama had become the first Democrat in 12 years to win a presidential election, and his intense primary battle with Hillary Clinton had generated four times the local voter turnout seen in the 2004 Democratic primary.

So the party's treasurer, Dwayne Adams, hatched a plan for a celebratory fundraising blowout called the Texas Presidential Inaugural Ball. It's unclear how much money from the event, if any, ever made it into the party's bank account.