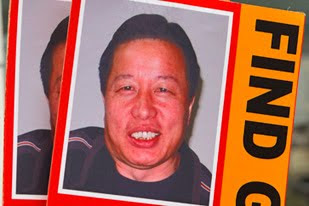 A Chinese human-rights lawyer who had been missing for over a year appears to be alive and staying at a Buddhist mountain retreat in northern China.


Close friends of Gao Zhisheng said on Sunday that the former Communist party member, who angered authorities by taking on rights cases that targeted the government, was in good health.

There had been fears since his disappearance that he had been tortured or killed.

The Associated Press reported Gao as saying by phone that he was "free at present".

"I just want to be in peace and quiet for a while and be reunited with my family," Gao was quoted as saying.

"Most people belong with family, I have not been with mine for a long time. This is a mistake and I want to correct this mistake."

Friends confirmed that Gao was well.

"I spoke to Gao this afternoon," Li Heping, a friend and fellow lawyer, was quoted by the AFP news agency as saying.

"He is in Wutaishan [in Shanxi province] but he would not say his exact location. I asked him what his situation was like, how his health was, and he said 'good'."

Gao, a self-taught civil liberties lawyer, who has had several spells in jail, disappeared in February last year, a month after his wife and children fled to the US as refugees.

Gao's case has drawn international attention, with both the US and the EU calling on China to investigate his disappearance.

Gao was previously arrested in August 2006, convicted at a one-day trial and placed under house arrest. State media at the time said he was accused of subversion on the basis of nine articles posted on foreign websites.

During detention in 2007 he was allegedly abused by Chinese security forces.

In a statement made public just before he disappeared, he described severe beatings, electric shocks to his genitals and cigarettes held to his eyes.

He was kept under intense surveillance by the state, but after he went missing, the government said it did not know where he was.

A foreign ministry official prompted speculation earlier this year when he said that Gao "is where he should be".

Chinese state-run media have not covered the case.
Posted by Sam at 6:11 PM