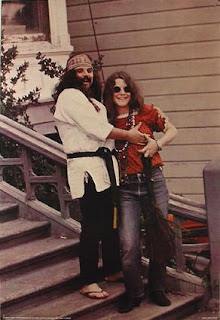 Sounds to me like this guy needs to be put in the booby-hatch.

You should pardon the expression.

Sydney women are being warned to beware of a suspected serial breast grabber.

Police believe the man has indecently assaulted three women in Sydney's north-west in a fortnight.

The first woman was grabbed by the man on Birmingham Street, Merrylands, about 7.20pm on March 11, police said. She screamed and he ran away.

On March 21, another woman told police she was indecently assaulted at Railway Terrace, Guildford about 5.30pm. The man also ran away when she screamed.

A third woman was assaulted in Guildford Road, Guildford, about 1pm yesterday.

In all three incidents, the man asked the women for directions before grabbing their breasts, Inspector Adam Phillips of Merrylands police said.

The women described the assailant as a thin man of Indian appearance, aged between 25 to 28, of average height, with black, short, unkempt hair, a wispy black beard and a large nose.

Police will try to analyse CCTV footage from Guildford railway station, which is near where two of the assaults occurred.