U.S. Invaded by Mexican Navy? (They have a Navy?) 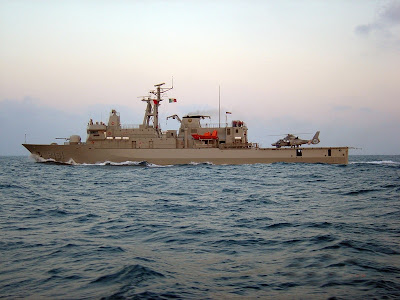 Not that anyone apparently cares hmmmm?

Besides they were probably just dropping drugs off.

BROWNSVILLE — The Zapata County sheriff Thursday was questioning why a Mexican military helicopter was hovering over homes on the Texas side of the Rio Grande.

It was one of the more jarring incidents of the fourth week of border tensions sparked by drug killings, and rumors of such killings, in the Mexican state of Tamaulipas.

Sheriff Sigifredo Gonzalez said he'd reviewed photos of the chopper flown by armed personnel Tuesday over a residential area known as Falcon Heights-Falcon Village near the binational Falcon Lake, just south of the Starr-Zapata county line. He said the helicopter appeared to have the insignia of the Mexican navy.