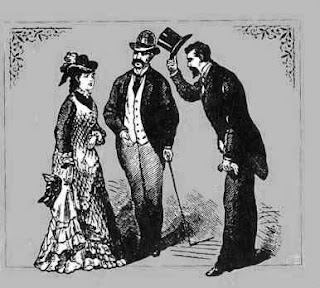 At least he was very polite.


CRESTVIEW — A 24-year-old man was arrested March 11 on charges of carjacking, theft and aggravated assault with intent to commit a felony.

A woman told officers she was standing next to her vehicle with the door open after having left her mother’s home when a man came up to her asking for the time, according to a Crestview Police report.

The woman looked at her watch to tell him the time and when she looked up the man, later identified as Charles Blake Jackson, she saw he had a black-handled knife, which he placed against the woman’s ribs.

Jackson then said, “I need your keys ma’am. Please, and you won’t get hurt. I’m sorry,” the report said.
Jackson got into the vehicle and again said “I’m sorry.”

The woman then asked the man if she could have her day planner and work papers from inside the car. Jackson handed the woman the items.

She went on to ask if she could have her purse and Blackberry, but Jackson responded, “No ma’am, I need them too. I’m sorry, I’m going to leave it somewhere,” the report said.

The woman estimated the items stolen from in her vehicle at around $4,000.