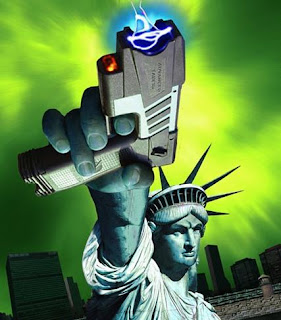 
Man gets Tased three times by police
SEGUIN — Some people are quick learners. Others, not so much.

Police officers who went to a reported disturbance in the 700 block of South Austin Street at 11:25 a.m. Sunday found Newman at the home. As they investigated, the officers reported he became belligerent and approached an officer in a “very aggressive manner.”

Newman was taken into custody with the help of a Taser stun device and was taken to Guadalupe Regional Medical Center for an examination prior to going to jail. As he was taken from the patrol car, he struggled to escape, and was shocked again, Hernandez said.

At the county jail, Newman again fought with officers, and Hernandez said the jail’s SERT team was dispatched to aid police officers in processing Newman into custody — again with the help of a stun gun.